We are excited to announce we will be offering bids to both The Cheerleading Worlds and The Dance Worlds! 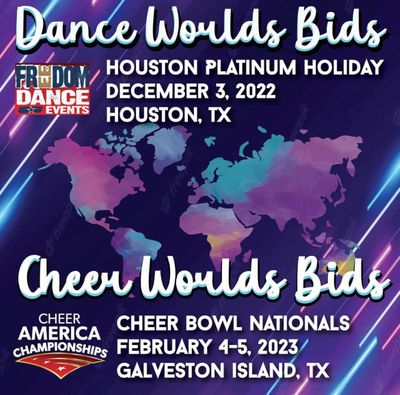 ***One Full Paid World Bid and two At-Large World Bids will be awarded if team registrations fall below 150 teams.***

2023 Dance Worlds Bids: Two Partial Paid Dance Bids – Bids will be awarded to the highest scoring eligible teams in a Worlds division. Bids will not be designated to any particular divisions or styles.